Living a Life of Service

Herb was drafted into the U.S. Army Air Corps, where he trained on and flew a PT22 Steerman biplane during World War II. He followed his Air Corps service by enlisting in the Naval Reserves and attending college on the GI Bill.

His style was to touch numerous organizations and projects without a lot of fanfare, helping them achieve their goals and expand their minds.

We value the contributions of the Freedman family, who exemplify service and a purpose-driven life. From left to right: COL David Sutherland, US Army (ret.), Rick Freedman, Nancy (Freedman) Remak, Col. Duncan Milne.

Generous with his time, talent, and treasures, Herb served on the boards and foundations of multiple community-based organizations and was devoted to community service. One of the many organizations he and his family have touched is Dixon Center.

It is this same spirit that we found in Rick Freeman. From Day One, Dixon Center has benefitted from Rick’s encouragement and support. He’s gone above and beyond to build awareness of our work and to integrate his family and the communities with whom his family foundation’s collaborates.

That’s why, in front of families and friends, we are so proud to present Rick with the Herbert Metzger Service Award.

An active member of Dixon Center’s Command Council, Rick is also involved in many organizations and activities that focus on making people’s lives better. Amongst these is the Boys and Girls Club of America, where Rick is a vocal advocate for inclusion of the children of our service members and veterans.​

Rick and his family recognize that the needs of our veterans and their families are evolving, not disappearing. Medical needs haven’t gone away, but they’ve evolved from Agent Orange, environmental, burn pit issues, and cancer to diabetes and healthy lifestyles. In this economy, veterans’ employment and homelessness transitions to underemployment and affordable housing for the 3.9 million veterans living paycheck-to-paycheck at family incomes less than twice the federal poverty level.

The Sea of Goodwill, first identified in 2010 by the Office of the Joint Chiefs of Staff, still exists. It exists in the hearts of people like the Metzger’s and the Freedman’s – friends of Dixon Center who want to effect the lives of others.

In the movie It’s A Wonderful Life, the guardian angel Clarence leaves a message for the businessman he’s been shadowing. It reads, in part, “Remember, no man is a failure who has friends.” It’s a gentle reminder to all of us that every life has purpose, and small acts of kindness to friends and strangers alike make a difference.

To Rick and Herb, good friends of Dixon Center, thank you. We value you and your many contributions to us, your communities, and, importantly, your friends. 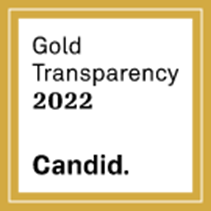